iOS debugging gets a new look in GapDebug 2014 SR1 (EA1). This early access release not only updates the iOS inspector tools, it offers a sneak peek into our adaptation of Chrome Dev Tools for debugging iOS apps.

Notice: Due to an issue with our auto-update mechanism, current installations of GapDebug will not be updated automatically. To proceed with the update, please download and install the latest version of GapDebug. Subsequent updates will return to being automatic.

iOS Inspector tools have had a major overhaul, and you get access to the new tools in this release of GapDebug. Updates include improvements in the DOM inspector, CSS style inspector and timeline and profile tools.

An exciting experimental feature in GapDebug SR1 (EA1) is the Chrome Dev Tools (CDT) for iOS apps. Traditionally CDT were exclusively for use in debugging Android apps and Chrome web pages. We've been working hard to adapt CDT so you can debug both Android and iOS apps using the same tools. In this release, only a subset of the features are fully functional - DOM and CSS inspector, JavaScript debugger and console. Enable CDT for iOS apps on the Settings panel. 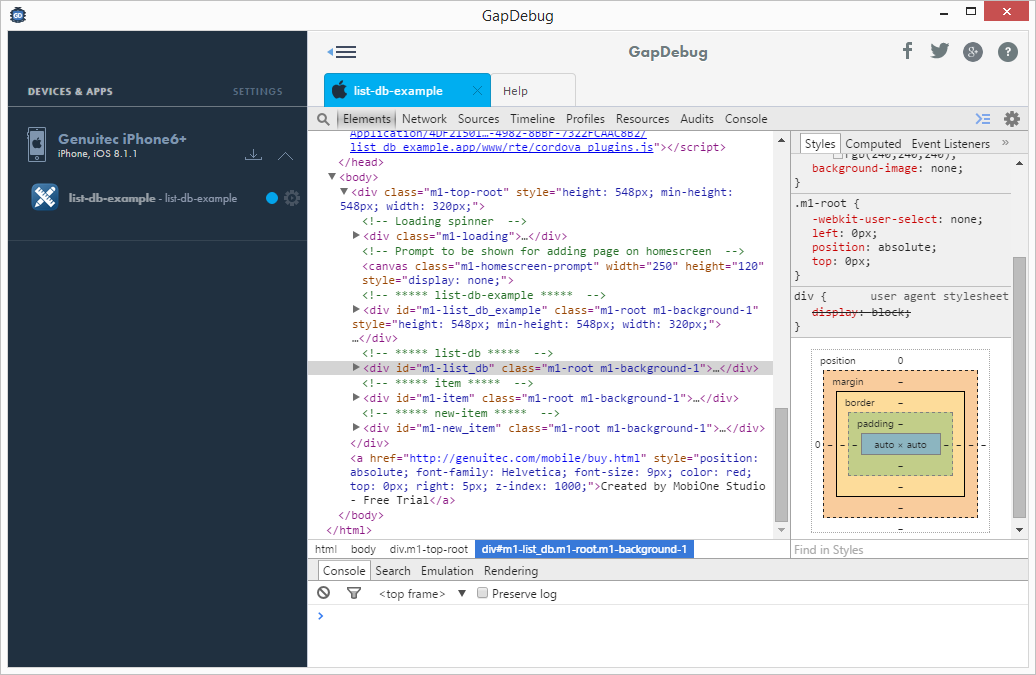 An Instant Debug issue has also been resolved in this release. GapDebug now keeps better track of the state of inspectors open in the debugger.

Look for more coming soon on the Chrome Dev Tools for iOS apps! Let us know what you think on Twitter @gapdebug