Today, we release GapDebug 2015 Update 1.0! In the early access version of this release, iOS debugging got a new look with an updated iOS inspector tool. Those updates included improvements in the DOM inspector, CSS style inspector and timeline and profile tools. We want to tell you about some of the cool debugging you can do with this updated tool.

When debugging iOS 7 or higher, you can stop spending time adding alerts and checking the console log during debugging. The new iOS inspector includes advanced debugger breakpoints that let you add one or more actions to your conditional breakpoints. Not only that, you can configure a breakpoint to automatically continue execution after performing all breakpoint actions. That's a helpful time saver.

The iOS inspector also has improved search and debugging in some minimized JavaScript libraries. 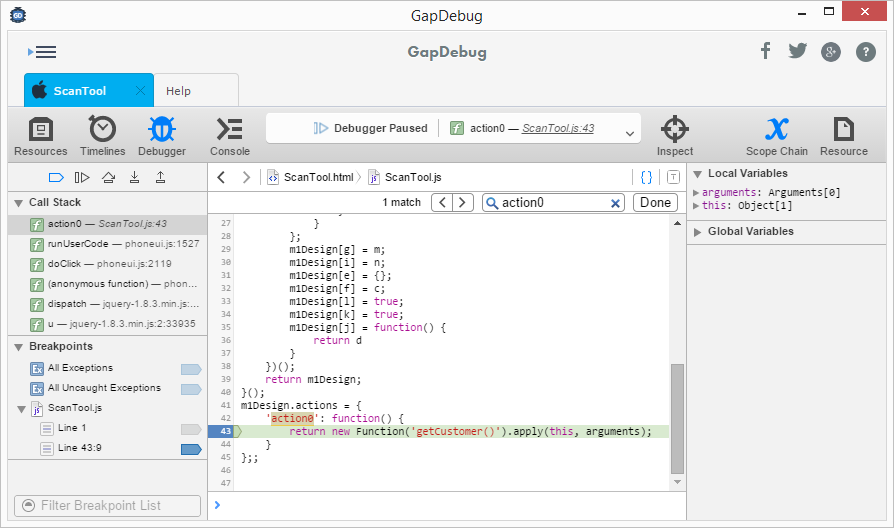 To get this latest release, be sure to download and install GapDebug 2015 Update 1.0. We'll have auto-updates coming at you soon!