It’s an exciting day here at Genuitec as we move GapDebug into a General Availability (GA) release, or Form Voltron release. The beta test journey has proven to be an incredible experience, giving GapDebug some deep roots into the PhoneGap community along the way. In fact, the biggest part of this GA release was developed after hearing straight from the PhoneGap community about what they want most from an 'end-to-end' debugger.

What's new in GA?  Auto-reconnect and instant debug. Two features when combined create a wicked debugger. Again think of Voltron. When the 5 robot lions combine they become the supercharged robot-beast known as Voltron: Defender of the Universe. That's exactly what GapDebug is like... except it's really useful too, and real.

The lion that is auto-reconnect helps you automatically reconnect debugging sessions by recognizing an app's zombie inspector (an old inspector instance brought back to life). This feature accelerates continuing debugging after an update, and has proved a huge hit with app developers weary of lost development time.

The next lion is instant debugging. Now when you connect a mobile device, GapDebug will recognize apps to begin automatic debugging sessions. You can toggle a switch in the UI to tell GapDebug a certain app is connected and to continue debugging where you left off. This is especially helpful when you restart apps, accidently shut down, or prematurely exit from GapDebug.

Drag to install makes up our third robot beast. This feature fights the time suck enemy known as iTunes. It helps developers bypass the lengthy setup processes associated with restarting iTunes and Android (apk). A timesaver to be sure!

The next component of Voltron/GapDebug is an experiment for Android apps. Developers can try something called Snippets. This feature is to test APIs along side your apps. Simply pull a Cordova API snippet from the Snippet library to test the functionality with an app. When you've tested one you like, you can then quickly add the API to your code log using a simple copy and paste. This feature is currently only available in the Android Inspector and is experimental. 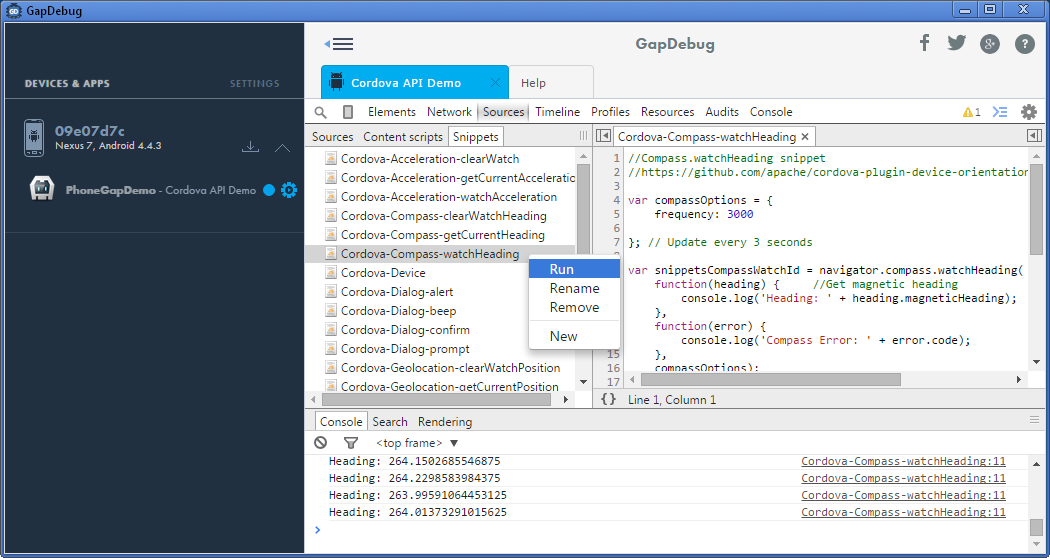 Lastly, the fifth lion to create this wicked tool is auto-update. Sexy, right? Well no. But highly important and effective. Simply, GapDebug uses evergreen technology that Genuitec built (see SDC) to stay constantly updated without a user needing to re-install GapDebug, or really do anything.

GapDebug is your personal Voltron, powerful and designed to make cross-platform debugging simple. Seriously, you don’t have to take my word for it. You can see it for yourself by watching the introduction video or download the free debugging tool using the button below.

Still not convinced that GapDebug is awesome. Watch this video: