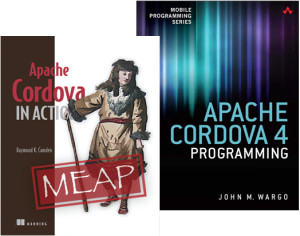 GapDebug's popularity with Android and iOS mobile app developers as an outstanding debugging platform continues to grow. Over the last year since the first GapDebug beta release we have shared how debugging is a critical activity in the app development process. GapDebug makes debugging on your mobile device or simulator quick and revealing. But, you don't have to take our word for it.

Apache Cordova in Action by Raymond Camden is still in the writing stage; however it is available electronically in an Early Access Edition at http://www.manning.com/camden/. This book highlights the unique benefits of GapDebug such as its ability to debug Cordova iOS apps on a Windows machine, and GapDebug's retention of console and session debug information after an app has been terminated.

Apache Cordova 4 Programming by John Wargo contains an entire section on GapDebug. It includes screenshots along with discussions on GapDebug configuration and use. Learn more about the book at http://www.cordova4programming.com/.