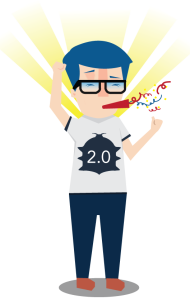 This month has definitely been our month for awesome releases and the upcoming introductions of new products joining the Genuitec family, so of course GapDebug was not going to be left out. Our GapDebug 2.0 is now out the door! With this release we include new features and several bug fixes that will dramatically improve your development experience. In fact, this release has been called “The 2nd major GapDebug update.” (It was called this way by us, but still an accurate statement.)

GapDebug comes with so many improvements and fixes that it can almost be compared to getting a facelift. (Not quite, but close.)

So here is the recap:

There is something about the word “Automatic” that makes me love the feature instantly. With Automatic Application Launch, as soon as you install your app via GapDebug, the app will be launched automatically and with instant-debug capabilities.

Using GapDebug Snapshot settings will nicely allow you to capture screenshots of your device display. You can even decide what to do with the image afterwards. (How cool is that?)

d now my favorite...GapDebug runs a series of validation checks that allow you to see compatibility issues for both iOS and Android apps. It goes from making sure you have a developer certificate and provision file on iOS apps, to even verifying that the apps manifest enables debugging for Android apps.

The list mentioned above is shy of all the features included, please refer to the release notes for a complete list of fixes included in GapDebug 2.0.

That's all for today. Download GapDebug and let us know what you think!