It’s in private beta right now, as this is a highly popular project, so we're restricting access to folks on a first come, first serve basis. Share your email address here for to learn more.

If you don't get in right away, we'll email you the download information soon. 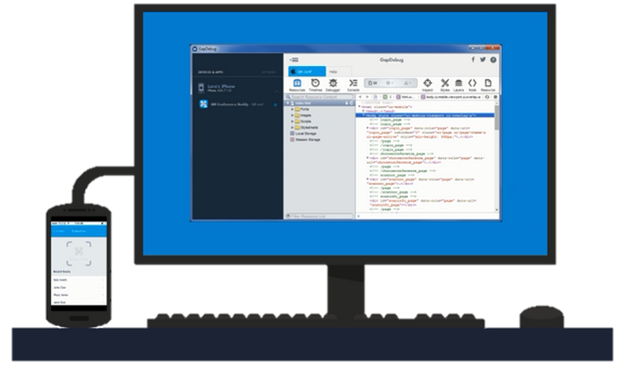 Until now mobile developers’ choices for debugging hybrid mobile apps built on technologies such as Cordova and PhoneGap has been adhoc at best with limited functionality or restricted to vendor specific platforms such as Apple’s Mac OSX. GapDebug removes all of these barriers enabling you to remotely debug your iOS and Android apps simultaneously from a common user interface hosted on your Windows or Mac OSX workstation.

It's insanely easy to use, check it out!

Adhoc debugging tools such as Weiner provide limited capabilities that frequently fall short of what developers are seeking in their "full debug experience. And remote debugging tools such as the Safari Webkit Inspector are limited to debugging only iOS apps and are only available on Mac OSX systems. GapDebug’s answer is to access to all of the classic Inspector tools including JavaScript debugging and profiling conveniently packaged in a common user interface. And GapDebug bridges the gap for iOS developers that need a rich debug experience but lack access to Mac OSX such as many PhoneGap Build users.

More on the features & benefits of using GapDebug features and benefits:

GapDebug is available for Windows and Mac OSX. Supports debugging iOS 7 & 6 apps signed with a developer certificate and Android 4.4 and greater apps built with debugging enabled. Requires device to be connected to the GapDebug host workstation via a USB cable.