Introducing Jed Anderson, a longtime Genuitec'er and your new Development Manager. Jed has been with the Genuitec Team for 8 years now, where he has spent the majority of his time with our development team coding some of the slickest, sexiest Genuitec offerings, like Secure Delivery Center (SDC). Earlier this year, he stepped up into a managerial role with his team where he now oversees  the production and development of SDC and the new, awesomely lightweight SDC Cloud Connect.

We have a fun saying at Genuitec reserved for new hires and the newly promoted, "Congratulations, you're now 6 months behind," which Jed experienced immediately as he was ceremoniously thrown to the wolves, i.e. immediate projects deadlines. I'm thrilled to report that his time spent on the State Fair's Midway playing carnival games has provided him with some interesting techniques to battle obstacles, and his team is now celebrating both the release of SDC Cloud Connect and a service release for SDC.

Jed is handling this new position with aplomb and is enjoying the opportunity of  working with a "team of ninja developers."  Jed and his ninjas are currently working on adding some new features to SDC Cloud Connect and a few bug fixes for the next service release of SDC. They are filled to the brim with lots of cool ideas for the direction for both of these products and look forward to seeing these 2 products add in some new features that Jed feels will "make them impossible to ignore." I personally cannot wait to see what new technologies and capabilities Jed and his team  will be adding to the Genuitec Cloud experience. It truly is awesome to see the vision of his team come to light.

For those of you who've never had an opportunity to meet Jed in person at one of the EclipseCon conferences, you've been missing out on experiencing his eccentricities. Fortunately, I've gathered some entertaining details about him for you!

1. He plays a mean version of the "Girl from Ipanema" on the guitar. (Have no fear - I've already requested proof by way of a YouTube demonstration).

2. He enjoys corny developer jokes. "There are 10 types of people in the world.  Those who understand binary and those who don't." 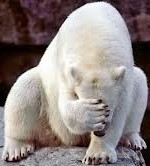 If you're done groaning over the joke, please continue to #3!

3. He's anxiously awaiting the day when instant charge batteries become available. (Me too, I can barely keep my iPhone charged through 1/2 the day.)

4.  His favorite book is "Our Man in Havana" by Graham Greene, which he swears to me will not only elicit visual stimulation, but will engross you in so much detail that you'll be able to taste the salt in the air and the daiquiris sipped on by the main character, Wormold. Sounds like a must read to me.

5. His guilty pleasure music is the Argentine Tango, specifically anything by Astor Piazzolla. I asked him to confirm if he dances around the house with a broom doing the Tango, but he opted to plead the 5th. 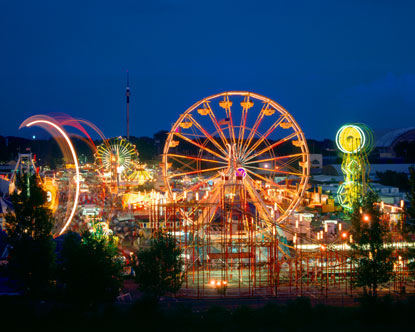 6. It truly not an overstatement to call him a State Fair Fan Boy. He did confess to once going to the State Fair everyday.  Sadly, there are no 12-step programs for this kind of addiction and he still goes frequently to the Fair.

Jed is an integral part of  the Genuitec family and I would encourage you to check out all the blood, sweat, and tears his ninja team has invested into SDC Cloud Connect and SDC Private Cloud. I can assure you that these 2 products will not disappoint! You can grab a free 30-day trial of both these on the SDC webpage.