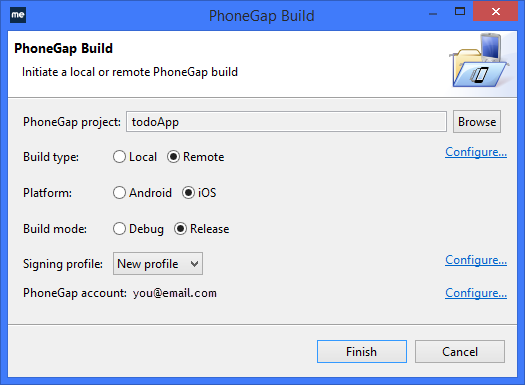 We are pleased to let you know that PhoneGap Build service announced yesterday (Jan. 20, 2015) that support for 64-bit app builds is now in place. This announcement comes before Apple's February 1, 2015 deadline, by which Apple requires new apps to be built with the iOS SDK and include 64-bit support.

Apps built using PhoneGap 3.5.0 and above will include the arm64 (64-bit) architecture. Older PhoneGap versions can still be used, but will not be able to be included in the app store.

MyEclipse mobile developers using the integrated PhoneGap Build service can be assured that apps built with MyEclipse will be in compliance with Apple's 64-bit build requirement.