Aaron Lara
I'm a Java developer who drinks coffee and transforms it in code (Awesome, right?!). I have been working at genuitec as a developer since December, 2011. Programming really cool stuff :) ... Ah I'm a gamer, so if you want to play something in steam just let me know :D
Posted on May 27th 2016

Sometimes you just want to have some fun with your coworkers while you wait for a product build. Or, maybe you just need a moment to relax after a busy week. Taking a break is always well received—maybe you like to chat with coworkers, watch fun videos on YouTube, or scroll in 9GAG. Why not play a game or two? It’s team building I tell you, especially if it’s a game you can play along with others.

Installing games on your work computer is not always a good idea (maybe due to company politics, space, etc.) and some quick casual gaming is just enough to rejuvenate you. That’s where we say thanks to modern web browsers. Now we can play games online, from really simple ones to amazing looking 3D games (sometimes with the help of plugins).

I really love gaming so you can imagine how much I enjoyed working on this post (playing games with other Genuitec’ers—thanks Oscar Grajeda for playing along with me). Here’s our top 5 free in-browser games you can play with your coworkers. I recommend giving all of them a try, fun guaranteed!

Imagine that you combine Agar.io with that old snake game we used to play in the immortal Nokia. You’ll get an awesome, addictive, and competitive game that’s simple to play. You start as a little worm (snake) and eat a lot of multi-colored dots to grow to be the biggest ANACONDA in the game. Making other players collide with you will make them explode in more colored dots you can eat. So beware, everybody will try to kill (eat) you! 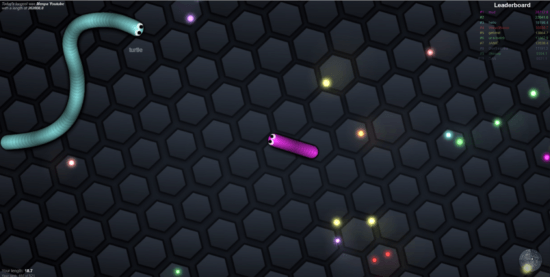 I never thought it would be possible to play games with cool 3D graphics in a browser like you can in BeGone, a first person shooter game you play on various maps with up to 16 players. So grab your team and play against other players, shooting each other with cool weapons. Let the war begin! 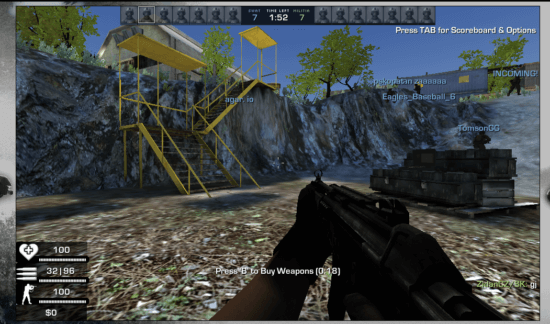 It’s a short simple RPG like adventure you will enjoy alone or in coop with your partners. Start with almost nothing in your equipment and you will keep upgrading it by killing monsters around the world until you are powerful enough to beat the final boss. 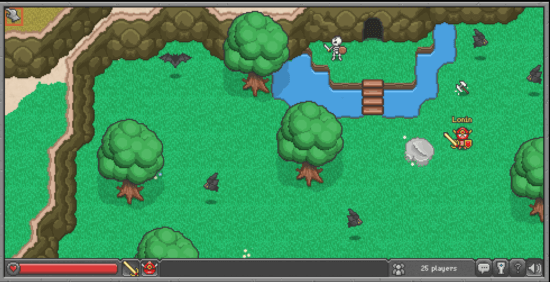 With this game, four players compete against each other in a dungeon, killing each other or killing monsters, earning coins with each kill, grabbing crazy weapons and of course having a lot of fun in a fast paced action arcade game you gotta try out.

All you need to do is choose a player name and join a lobby. There you will select your character’s class and vote for a map. Then, hit ready and wait for other players. 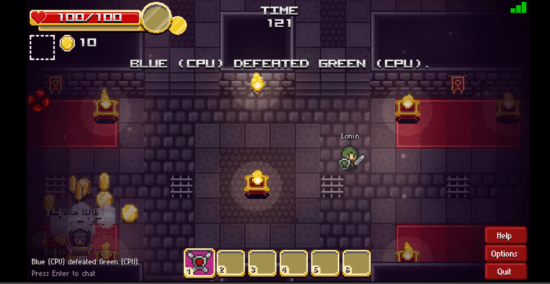 You might have played Bomberman a long time ago (it was first launched in 1983), but whether you know it or not, you will enjoy Game of Bombs, a massive multiplayer game inspired by Bomberman. It’s REALLY HUGE, having up to 1000 players in the same room destroying everything, grabbing loot to improve stats and killing each other. Yeah 🙂 Freaking awesome, and that’s why it’s our Number 1. 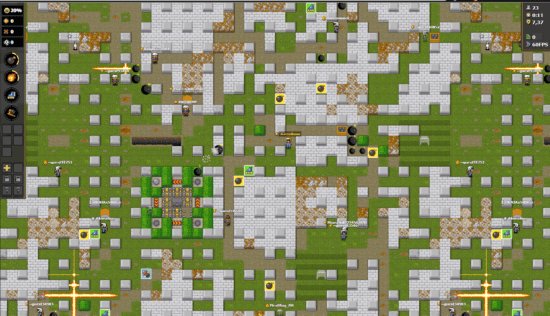 Game of Bombs in action

Although I only listed my top five picks, there are many more good ones out there.  Here are some you might want to try out:

I hope you find a game on this list that brings some fun and stress relief to your day. If you would like to weigh in on this discussion, we would love to hear from you at @thecoderlife. And, if you’re not already subscribing to our blogs, why not do it today?