CodeTogether 5.0.1 is a massive maintenance release centered on the most common activity in sessions—actively coding together. As promised, we’ve made dozens of fixes and improvements to core areas like simultaneous typing and content assist to give you a more robust simultaneous coding experience.

Across all IDEs, we’ve made a number of fixes to how content assist behaves when multiple developers are simultaneously coding in a file.

Algorithmic improvements make simultaneous typing in the same file more robust, avoiding file-sync events in many situations. This addresses several edge-cases in which typing could become laggy, typed code could be lost, or the client IDE might freeze for several seconds.

CodeTogether can now be deployed via Podman. We’ve made changes in the container configuration to allow this to work seamlessly. The on-premises dashboard will include A/V statistics and log corresponding events. 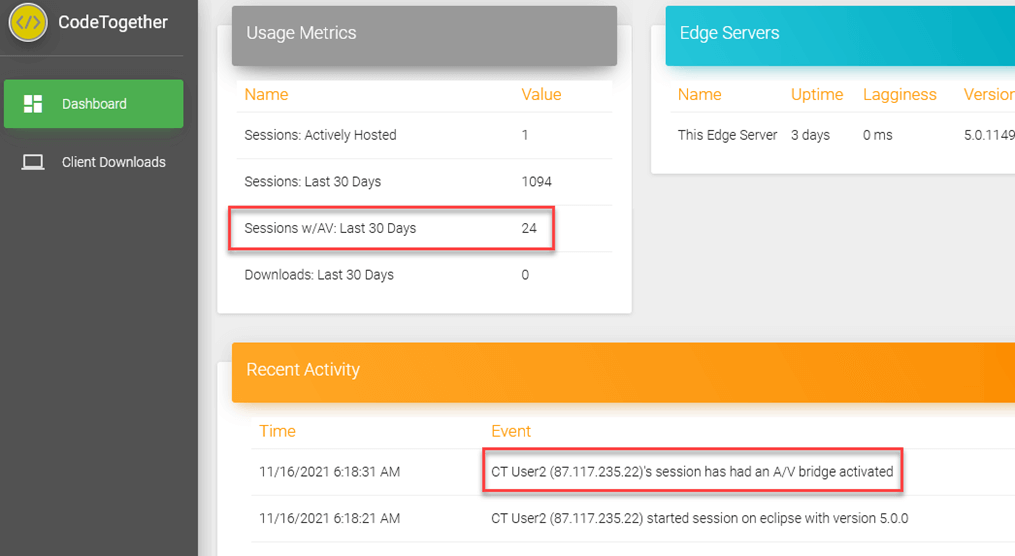 Hyperlink navigation for VS Code clients has been fixed.

Detection of ports for running servers has been fixed for Windows 11 and on Mac, where servers started in the terminal were not detected.

We don’t plan to introduce any major new features until the end of this year, but will use this time to work on fixes and enhancements to all of CodeTogether’s already vast capabilities. Running into an issue that irks you, or have an idea for a small change that will make your life so much better? Let us know, you can always chat with us live on Gitter, create a new issue in GitHub, or drop us a note on Twitter.

To learn more about CodeTogether, read our documentation or check out our videos on YouTube.

Work with a team? Start your 30 day trial of CodeTogether Teams*
*Includes up to 32 participants and unlimited session durations.