Introduction to Command Handlers in Eclipse

A command is the declaration of a behavior by id.  Commands are used to declare semantic behavior and the corresponding action implementations can be defined elsewhere by handlers.

There are several advantages of command handlers:

Complete the following steps to contribute a menu and define its action through command-handlers: 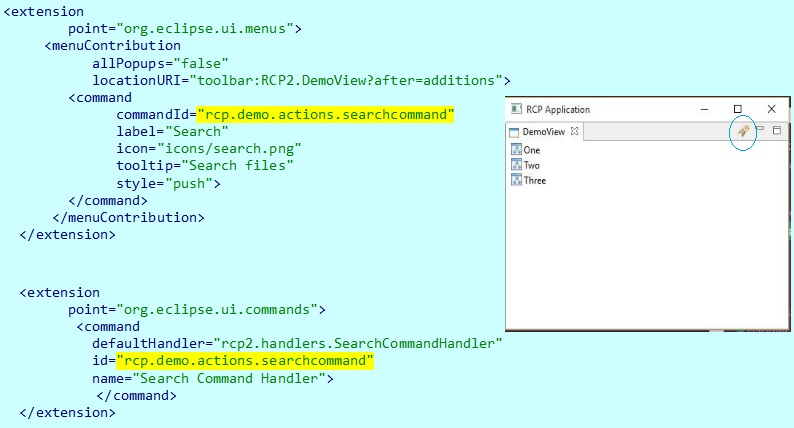 A simple example of menu contributions

Note: The required command and handler extension code is given after the table and images. 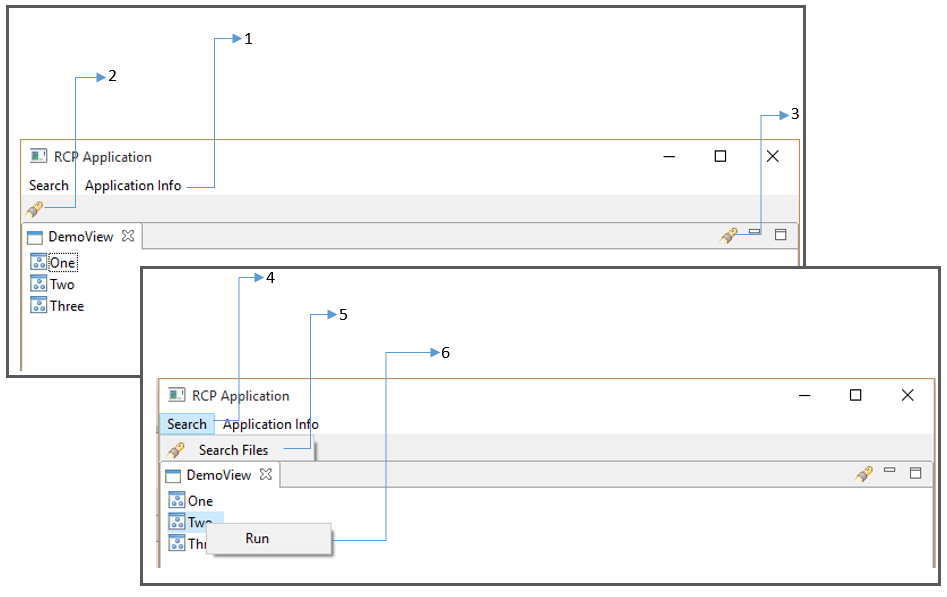 In the examples below, the rcp.demo.actions.searchcommand command is defined a defaultHandler, whereas the rcp.demo.actions.runcommand command defines its handler using the org.eclipse.ui.handlers extension. Using the second method, we can define multiple handlers for the same command based on condition and also have more control when the handler has to be active based on the conditions defined.

Note: Additional details can be found at dzone.com and eclipse.org.

If you have any comments or questions, we would love to hear from you @MyEclipseIDE on twitter or via the MyEclipse forum.