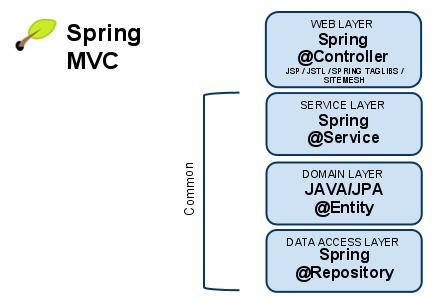 Flows are a group of related steps for accomplishing a task in an application. Some of the benefits of using Spring Web Flow are:

A Flow is responsible for orchestrating the task (steps) and supporting the user events associated with the task. Instead of the MVC-based approach of creating one or more controllers and multiple request handlers for implementing a conversation, with Spring Web Flow you define a flow with states and expressions. Instead of the MVC-based approach of defining request mappings, with Spring Web Flow you define events. Spring Web Flow also lets you easily separate your logic for handling a user event (on event id) from the pre-load logic (on entry) for a particular state. 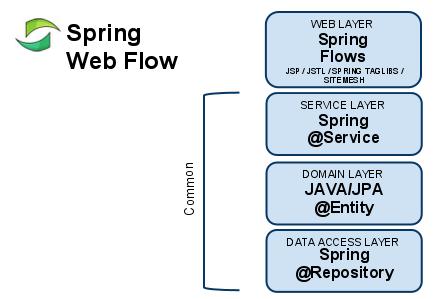 JavaServer Faces (JSF) is a standardized, component-based, and event-driven web framework for building user interfaces for Java web applications. Its goals are to simplify the development of user interfaces using XML-based view template language that can easily integrate with back end code written by Java developers. Primefaces is a component library for JSF 2.0, and it provides a rich set of UI components that can be easily used with JSF.

Adobe Flex is a free open source development kit for building rich internet applications (RIA) that deploy consistently on all major browsers, desktops, and operating systems by leveraging the Adobe® Flash® Player and Adobe AIR® runtimes. Spring-Flex BlazeDS Integration is a top-level Spring project with the purpose of making it easier to integrate Adobe Flex applications with Spring-based software components. 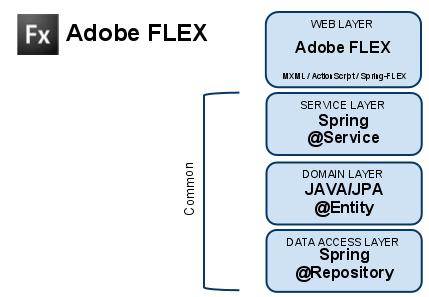 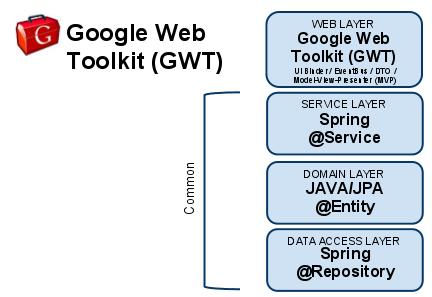 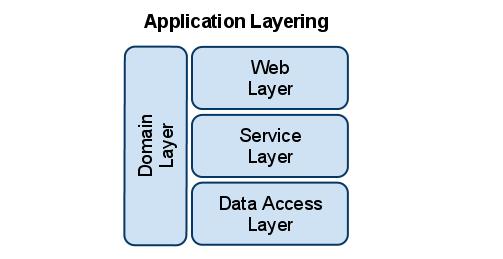 There are a lot of options regarding the implementation of the  web layer. In regards to MyEclipse, some web layer  implementations might not be directly related to Spring; however they  could integrate with a Spring service layer and data access layer. 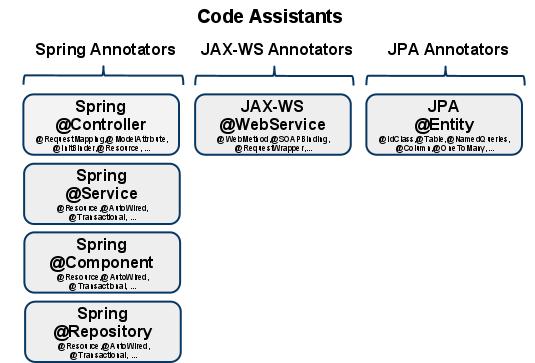 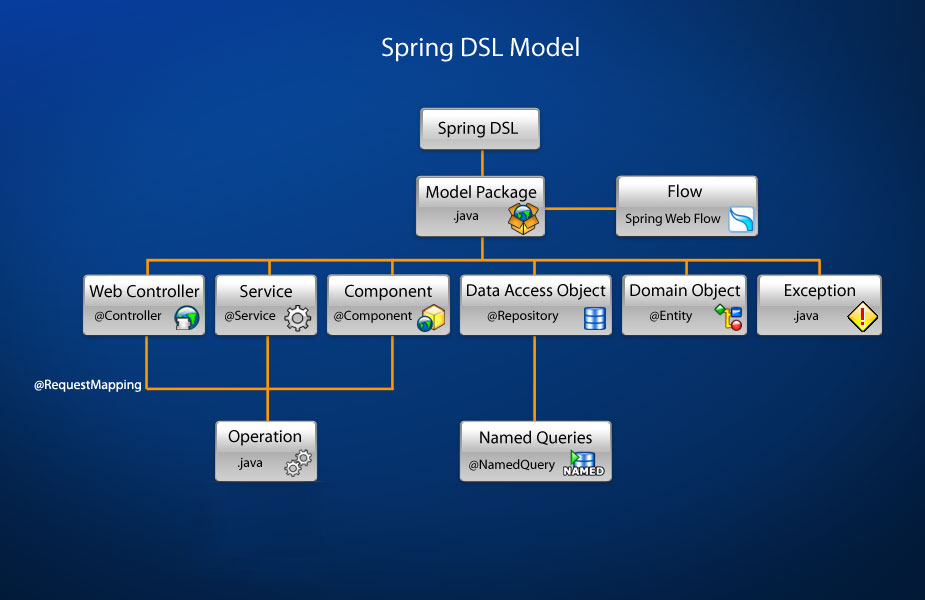 When Spring code generation facets are added to an Eclipse project, a Spring DSL view is added to the project that is visible from the Project Explorer when viewing using the MyEclipse Spring perspective. This element shows a hierarchical view of the project’s Spring DSL artifacts, and it can be used for interacting with the Spring DSL, including: 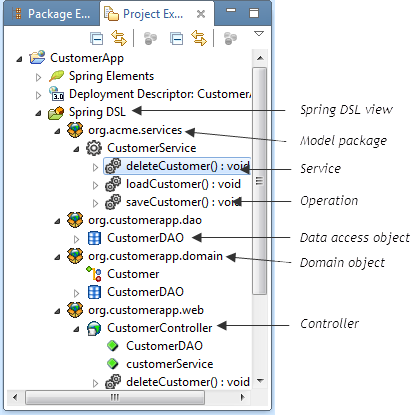 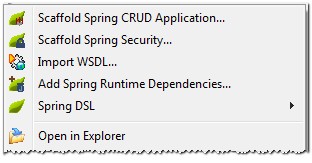 What’s the difference between annotators and editors?
Generally, they serve the same goal of helping you configure your Spring or JAX-WS artifacts. The Spring DSL editors are specifically related to using the Spring DSL, which provides code and configuration file management. Annotators, on the other hand, are independent of the Spring DSL and help you while editing code. If you want to use an abstraction layer that manages your code, then we recommend you use the Spring DSL and the associated editors. If you only want help with annotations, the we recommend you use the annotators.