On top of the rapid prototyping capabilities already available in MyEclipse, now you can utilize our Mobile Tools to develop cross-platform hybrid apps from the design layer to middleware and the backend, with no external chain tool setup needed outside of MyEclipse 2014. It's all right there in one enterprise tool. 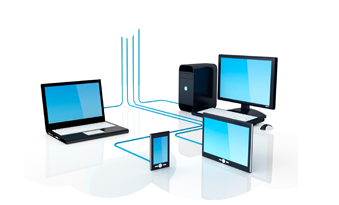 We've made it easier for mobile developers to touch each of the layers in the device-to-cloud spectrum and now, you'll be be able to incorporate on-device capabilities to connect with company data centers and cloud services using only one IDE stack.

With the Mobile Tools in MyEclipse 2014 you can simply capitalize on core mobile technologies, like Apache Cordova, HTML5 and JQuery, to develop the hybrid and web apps, as well as utilize end-to-end development for testing and optimization of tasks.

Additionally, MyEclipse 2014 Mobile Tools allows for the design of native apps for iOS 7 using a new iOS Build Configuration Editor that lets you customize applications, including app icons. The mobile tools will also connect you with Apache Cordova technology to package your apps in native form so you can submit them to both the Google Play and Apple App stores.

Ready to take MyEclipse 2014 for a test-drive and leverage Genuitec Mobile Tools for your development? Click the button below for a complimentary 30-day trial.