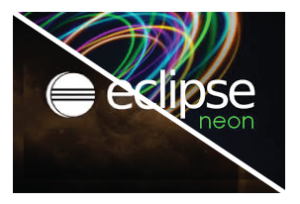 Just a year ago we were ecstatic about the release of Eclipse Mars. Mars came with really great Java IDE features like a hierarchical view of nested projects, the ability to customize perspectives, speed improvements for text search and just a variety of improvements that many of us were excited about. So why is Neon different? Well, Neon includes content from eighty-five Eclipse projects, as opposed to 79 that Mars Included. That’s 6 more! Pretty awesome in showing just how much the Eclipse community keeps growing. Am I right? While we can’t talk about all of them, we wanted to see what developers are saying about this release and which features they consider to be game changers.

He was so excited that he forgot the “C” in excited.

“#eclipseNeon RC1 is MUCH better than Mars. In fact, let’s never mention Mars again. It never happened.” –A developer who is so over Mars. What is Mars again?

“so it took me up to “Neon” to realize that the Eclipse naming system is just alphabetical order” – The developer who opened my eyes and is now my personal hero.