You’re a good driver, right?  Better than average you’d say? Pretty smart too I’d wager. Of course smarter than average; I won’t even ask. How about entrepreneurship? I bet you could start a new company and do at least as good as the average person, right? Of course you could. Because you’re just like the 80 percent of respondents in a recent study that are also above average in those same three areas.

And thinking we’re above average is not the least bit uncommon when we’re asked to assess our own competencies. Here are a few more statistics mentioned in this study (by Ehrlinger et al.) to drive the point home. 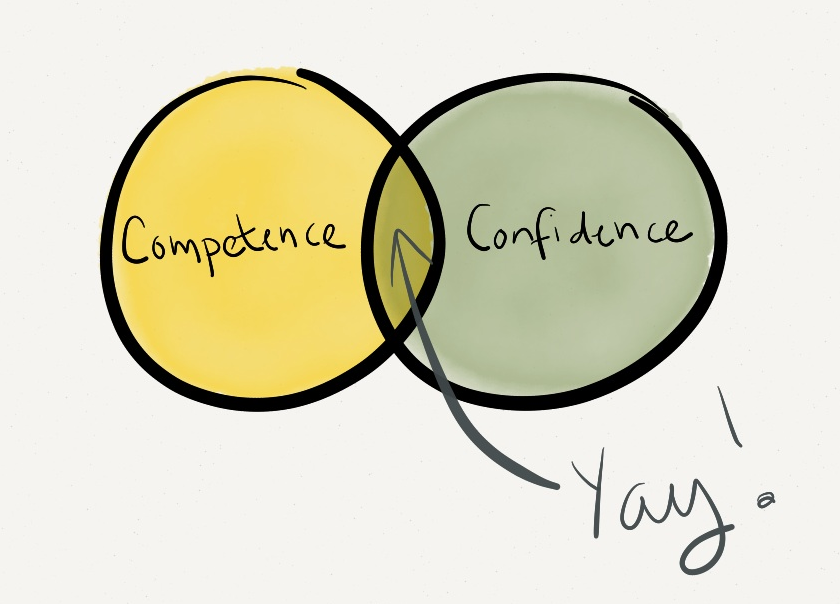 What it indicates is that we’re both overly confident and quite incapable of assessing our own competence. Maybe at this point you think I’m taking some anecdotal evidence and overstating matters a bit. After all, you’re quite certain that your confidence and competence is quite correlated. Then consider this:

“Understanding why confidence and competence so rarely match has been an enduring interest in cognitive, social, personality, organizational, and clinical psychology.”  — Ehrlinger, et al.

See, I’m not making this stuff up. This disconnect is a huge deal to psychologists.  They’ve been researching it for years and still don’t know why we’re so over-confident when under-competent. Look at the bright side though — not knowing how bad we are at most things likely keeps us much happier than we’d be than if we really had a grasp of reality.

For those of you that want some deeper insights into this topic I’d highly recommend you read the study from Kruger & Dunning that started it all — “Unskilled and Unaware of It: How Difficulties in Recognizing One’s Own Incompetence Lead to Inflated Self-Assessments.”

I don’t want to spoil it for you, but here are some of the more interesting quotes.

“It is one of the essential features of such incompetence that the person so afflicted is incapable of knowing that he is incompetent. To have such knowledge would already be to remedy a good portion of the offense.“

“…those with limited knowledge in a domain suffer a dual burden: Not only do they reach mistaken conclusions and make regrettable errors, but their incompetence robs them of the ability to realize it.”

“…the skills that engender competence in a particular domain are often the very same skills necessary to evaluate competence in that domain—one’s own or anyone else’s. Because of this, incompetent individuals lack … the ability to know how well one is performing, when one is likely to be accurate in judgment, and when one is likely to be in error.”

The gist of the study is that we cannot judge own ability until we are truly competent in a particular domain. But it’s almost impossible to tell when that’s the case without some sort of objective external measurement. Lacking that, we just assume we’re awesome, no matter what.

So here’s how this lesson helps you:  Have you ever had someone at work with whom you seem to be in constant disagreement? You do the same type of job but can never come to consensus about how to approach certain problems, clients, cases, or whatever? No matter how good your ideas are, he just strenuously objects and proposes his own ridiculous approaches? Well, now you know why. He just isn’t competent enough to recognize his limitations and appreciate that your expertise far outstrips his in your field.  Well, that, or vice versa.  You never can tell. But, look on the bright side.  Even if you’re the one that’s incompetent, you’ll likely never know it. And, you can still be happy about being more funny, handsome, and smarter than most people. So just maybe, ignorance really is bliss. Todd is a founding partner of Genuitec, where he continues to play an integral part in company direction as the VP of Technology. Learn more about Todd by clicking here.