Aaron Lara
Developer Relations Lead at Genuitec. I like my software like I like my coffee: hot and delicious (ok, I suck at this...). Ah! I'm a gamer, so if you want to play something in steam just let me know :D
Contributions by Nataliya Muriy
Posted on Jun 8th 2017

Disclaimer: I’m not an Angular guru – as the title says, this is my journey to learning Angular and Node.js, and I’ll be sharing my experiences along the way.

My Java developer’s world was recently rocked — I discovered the powers of coding with Angular (frontend) and Node.js (backend). Everybody is talking about Angular and Node like it’s THE THING for modern frontend and backend development. Project Managers are requiring people who know Angular and Node. Seeing all this, I decided to get out of my comfort zone and give myself a chance to learn this technology. Since Node.js blasts in the back end, and Angular is awesome in the front end, these two working together allow us to make super powerful responsive web and mobile apps.

Indeed, for the end user a web page with Node as backend is a true blessing — it works much faster (just think of Netflix, which is one of over 4,000 companies that are using Node). At the same time, the developer also benefits.  First of all, while in some languages when making requests from the database, you have to lock the process and wait for the OS to respond (blocking I/O), with Node.js that’s not the case since it is doesn’t block the I/O. Besides, the awesome feature of npm — Node Package Manager — makes coding life a breeze, since it contains a vast collection of different libraries (useful bits of code) that are shared by an ever growing Node community. In other words, there’s no need to reinvent the wheel time and time again. When you need some code, you can get the necessary library by simply writing “require” and the name of the library — just go to their site.  Of course, the idea is to be reciprocal and share your wealth too! 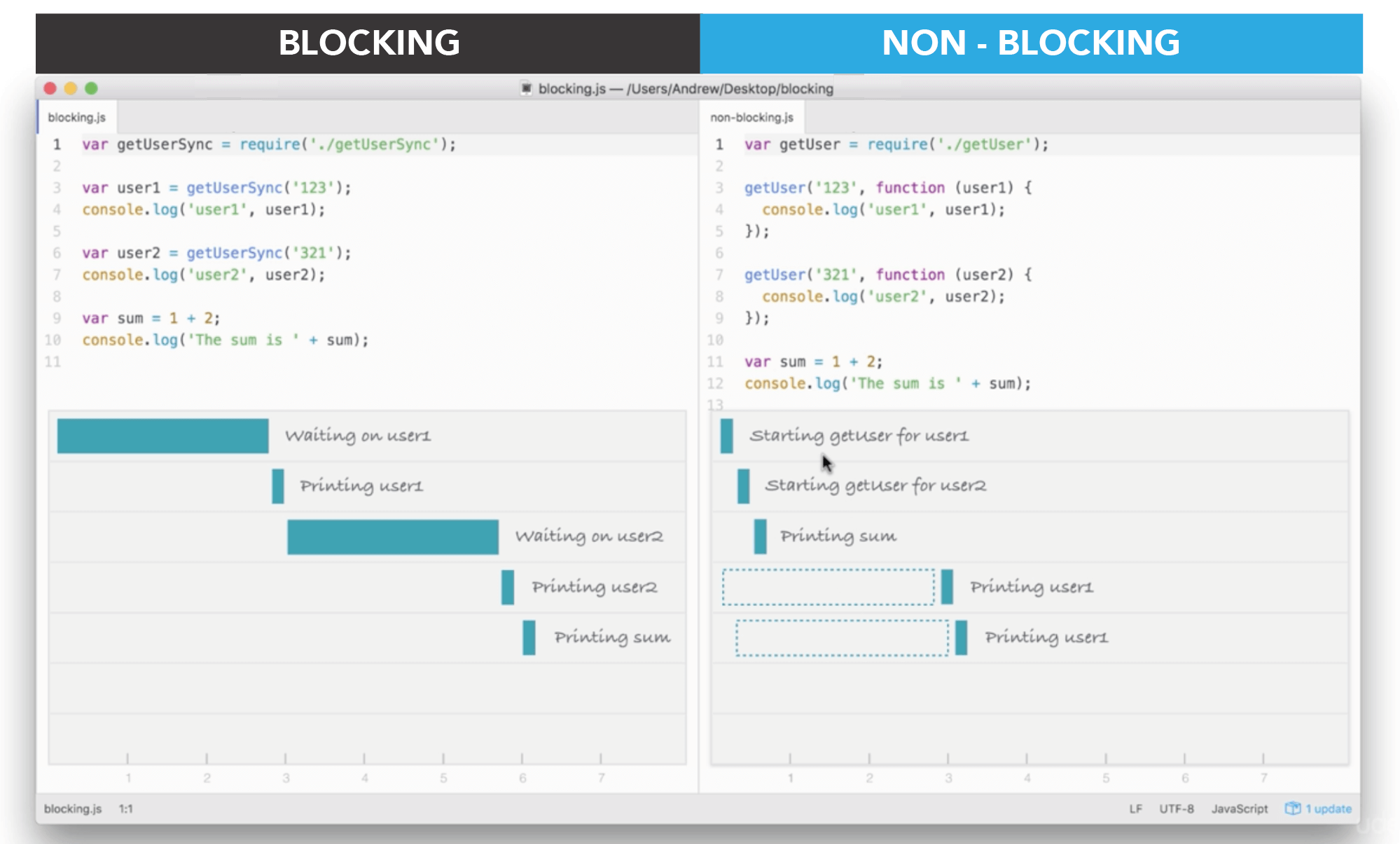 With all this in mind, I decided to embark on the journey of learning to code with Angular and Node.js, so now I’m taking “The Complete NodeJS Developer Course” at www.udemy.com. Let me tell you one thing I’ve loved about it so far: the instructor is very detailed in his explanations, so you don’t need to know much about JavaScript to follow along.

At one point he suggested a few tools (editors, terminals, file managers), and I thought to myself, “I will just install Angular IDE”, which I recommend widely if you are learning as well. While he had to jump from one tool to another to write examples, I had everything already there in one single window! 😀 That allows me to concentrate on what matters the most with no extra effort (switching environments is distracting). Besides, I didn’t have to configure anything since Angular IDE already sets the right up-to-date tools for you. Plus, it looks awesome! 😀 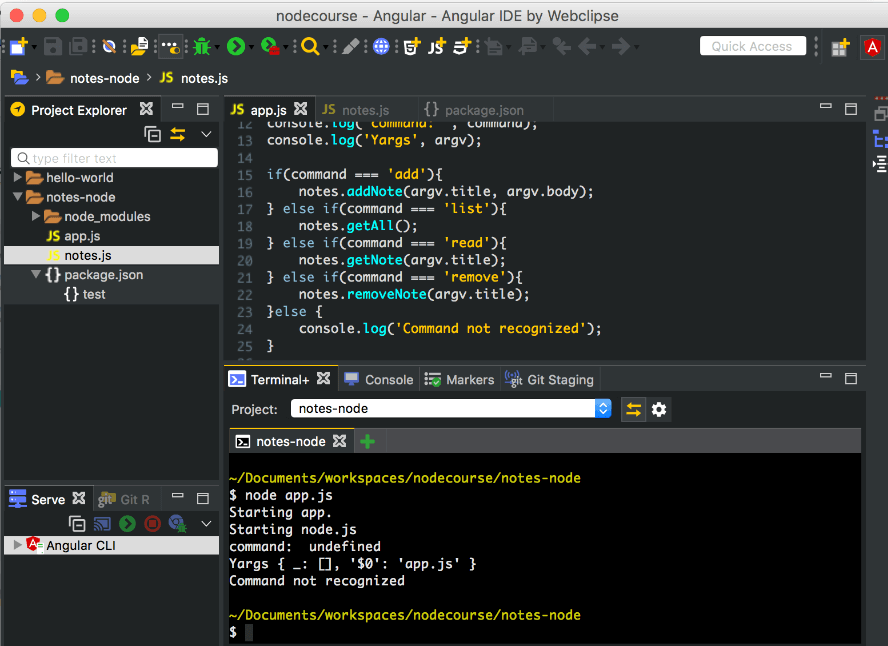 I won’t go deeply into details right now because I’m still in an early phase of the course, but I can tell you the learning process is straightforward once you already know an Object Oriented Programming language, such as JavaScript. Can’t wait to learn more (and share my experiences with you all)!